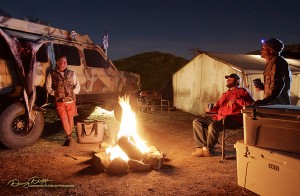 In the last 35 years of chasing deer all over North America, I’ve met and mingled with every type of hunter you could imagine, from he-men to average Joes to dweebs.

I’m mild-mannered and easy to get along with, have a lot of patience and tend to give hunters the benefit of the doubt. But every once in a while, I need to vent on a few things that get under my skin.

If you happen to be one of the offenders I talk about here, I make no apologies, but encourage you to take a step back, think and modify your behavior for the collective good of deer hunters everywhere.

I enjoy a cold Miller Lite or a sip of Crown after a long day of hunting as much as anyone. But I do have a problem with guys who drink long and hard into the night in deer camp. I know you’re on your fall vacation and doing some male bonding and all that, but man be cool about it.

There are happy drunks, and then there are loud and obnoxious ones that can turn a good time into a nightmare around the fire pit. Overserved strangers can fuss and argue, and even good buddies can get into a pissing match or worse.

One time in a Canada camp I watched a soused little guy cold cock a 230-pound muscle man that had moved in on a spot where the skinny fellow was trying to kill a big buck. It was not a pretty sight, and it ruined a good time for all of us in camp for the rest of the week.

You can’t hunt well or safely if you’re hung over. That goes for either gun or bow, and you shouldn’t be climbing a tree after a night of hard partying. Stay out of the woods until you have sobered up 100 percent.

Don’t Be a Litterbug

Why do some people throw paper cups, cake wrappers, water bottles and other junk out their truck windows? Some parking areas I’ve seen on public land look like the local dump. If you can’t respect the outdoors and especially the places you hunt any more than that, stay home and trash your own property.

Why do some guys hop on their ATV 2 hours after sunrise and roar up and down logging roads or field edges, ruining it for the rest of us who are still out there grinding and trying to kill a buck? This happens on public land of course, but also on many private leases.

You can take it to the bank in many areas. Around 9:00 a.m. you’ll hear the first bike fire up, and by 9:00 people are roaring all over the place, doing and accomplishing what I have no idea.

Oh, I do have idea—spooking deer and making it harder for the rest of us to tag out.

There ought to be a rule—no quad riding from sunup till sundown, except for emergencies or short jaunts to get a dead deer back to the truck. Otherwise, walk, it’ll do you good and you might shoot a deer on the hike to or from your stand.

Side note to joyriders: Show some patience and stay on stand until 11 a.m. each day. You’ll see more deer, and have a decent shot at whacking a buck sneaking around in the midmorning hours.

If you’re a hopeless whiner—“it’s too cold” or “too hot” or “too many people hunting here” or “ain’t no big bucks around here” or whatever, you won’t hunt with me. I need hunting buddies with a good, positive attitude. I can assure you that your constant carping gets on your buddies’ nerves too, even if they don’t say it.

To all the whiners I say man up and get a better attitude. You’ll have a lot more fun in the woods, and you’ll hunt better for it.