What Is A “Deadhead” Buck? 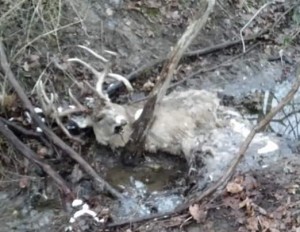 Mike, I’ve been hearing a lot about deadhead bucks lately, what are they? –Jill, Pennsylvania

Jill: A deadhead is the commonly used term for a buck deer carcass, that somebody finds in the woods. Unlike single antlers, which all bucks naturally lose each year before growing new ones, a deadhead’s rack is still attached to the skull. Generally the buck has been dead for several months and been ravaged by weather and predators; all that might remain is the head, spine, other bones and some old hide and hair.

A deadhead buck might have died of any number of causes: hit by a car and ran off a died…shot and lost by a hunter the previous season…winter kill…predator kill…or a disease like Hemorrhagic or Chronic Wasting.

You have been hearing a lot about deadheads lately because these last few months is when most people find them and post pictures online. As millions of shed antler hunters roam the woods, some will stumble across deadheads. Most are bucks with small to medium racks, but some monster deadheads are found by shed hunters each spring. 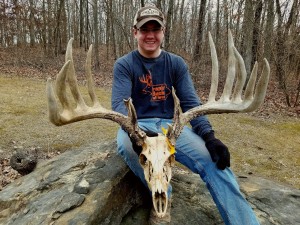 If you find any size skull with antlers attached there’s good chance you need to obtain a salvage permit, or at least verbal permission, from the state to possess and transport that skull/antlers.In most states a deadhead is treated like a roadkill buck, and subject to the same possession laws, which in most cases means you need to call a conservation officer or sheriff and get a salvage tag (or official permission) before you move and take possession of the antlers.

States where I can confirm you need a salvage permit, which is usually free and available online, for a deer skull include: Kansas, Illinois, Iowa, Missouri, Indiana, Pennsylvania, Ohio, New Mexico, Arkansas, Montana, Washington, Michigan, Idaho, Oregon, North Carolina, and there are certainly many more.