How To Hunt A Buck In A Swamp 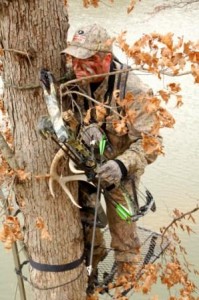 Biologists worked a project in southern Delaware for 4 years, capturing and collaring whitetail bucks with GPS. They separated the deer into 2 age classes–4½ and younger and 5½ and older—and monitored their movements around swamps and marshes.

They found that the oldest bucks hardly ever left the swamps until cover of darkness. The younger bucks not only left the marsh on occasion, they also readily used nearby upland forests and crop fields. The 5-year-olds routinely avoided those areas.

The scientists wrote, “Not using wetland areas increased a buck’s risk of mortality by 2.7, meaning he was nearly 3 times more likely to be killed compared to a (old) buck who regularly hid out in swamps.”

Further, the experts noted that bucks need to learn from experience before they begin to use any nearly impenetrable sanctuary. Once they do learn to use it, they become much harder to kill.

The big tip: If you hunt a marshy environment, hunt the fringes and limit pressure in and around a swamp, or any sanctuary for that matter, so you won’t educate mature bucks and make them un-killable.