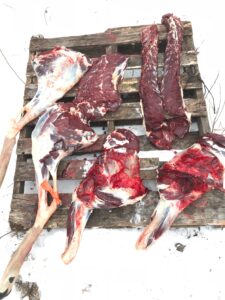 Two groups you have never heard of, the Center for Biological Diversity and the Natural Resources Defense Council, petitioned the Secretary of the Interior and the Fish and Wildlife Service to ban the import of all wild animals into the United States, and additionally to ban interstate transport within the U.S. of all wildlife parts.

“This is a ridiculous petition bordering on hysteria by radical animal-rights organizations…whose only goal is to advance an extreme agenda by stoking fears around COVID-19,” said Bruce Tague of the Sportsmen’s Alliance. The antis claim that stopping the import and movement of wildlife and parts would reduce the threat of a virus like SARs-CoV-2 jumping from animal to animal and causing another pandemic.

The petition is seemingly aimed at wildlife trade, such as pet stores and other importers of birds and mammals, but it would directly impact hunters. For example, by ending the import of all deer parts from a buck shot in Canada or Mexico. And prohibiting the transport of meat, hides and antlers of any deer shot in the U.S. across state lines.

I doubt this petition will go anywhere, but it shows the antis will never let a crisis go to waste in their attempt to destroy our lifestyle. The Sportsmen’s Alliance has our back and will fight this ridiculous petition every step of the way.