I knock like mad on a walnut stock, but I will say that every deer, as well as 6 elk and this huge Alaska moose, that I have shot with the Trophy Bonded Bear Claw (TBBC) bullet has gone 70 yards or less before piling up dead. Many bucks have buckled and fallen on the spot. I did put three 225-grainers from a .338 Win. Mag. in this Alaska moose as he churned up a red willow flat in the Wrangell Mountains, trying to buck lead and get away, but he didn’t make it far. Damn, tough animal. Big too. Walk up to a dead bull and it looks the size of an old VW hippie van.

That is the kind of performance I expect out of a center-fire hunting load and bullet, and that is why I do not blink when I shell out $30-$40 for a box of Premium.

The first TBBCs that I used years ago had pure-copper jackets, but now they are built with a gilding metal, which is supposed to stronger and more accurate. But the original TBBC was always plenty accurate enough in all my hunting rifles.

The best thing about this bullet old or new is that hits an animal hard and expands and retains 90 percent of its weight as it bores through a buck or bull, creating a large wound channel and almost always exiting (on deer at least) and creating a large hole and thus a good blood trail.

I’ve used the TBBC on and off for more than 20 years, and it’s one of my favorites.

Federal Premium loads the TBBC in popular and powerful hunting rounds, including 7mm Rem. Mag., .30-06, .300 Win. Mag. and others. 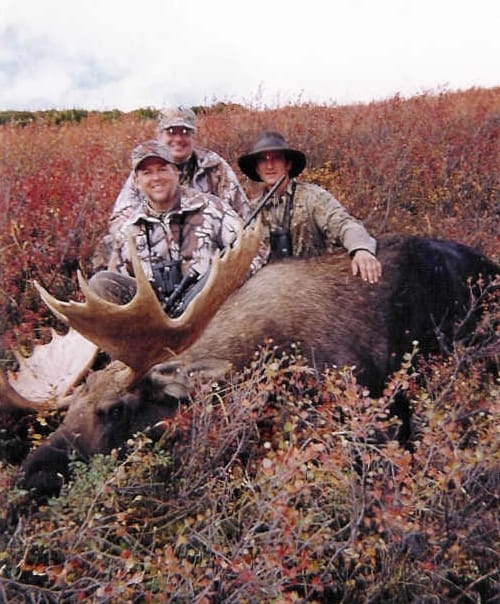