How Many Bucks Do Hunters Harvest In North America? 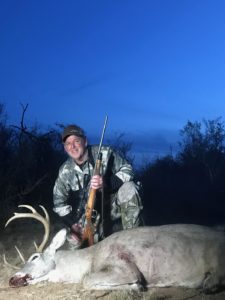 The Quality Deer Management Association (QDMA) has released its 12th annual Whitetail Report, a comprehensive update on the status of white-tailed deer including harvest trends through the 2018-19 season, the most recent hunting season with complete deer harvest data available from most whitetail states and Canadian provinces.

The big news is that across the U.S. and Canada in 2018-19, the percentage of yearling bucks (1½ years old) in the total antlered buck harvest fell to 30%, the lowest ever recorded.

“The fact that less than 1 in 3 antlered bucks shot today is 1½ years old is amazing,” said Kip Adams, QDMA Director of Conservation. “The result is that deer populations are more socially balanced, and hunters are seeing and harvesting more adult bucks. The average percentage of the buck harvest that was 3½ years old or older was 37% in 2018, which is by far the highest percentage ever reported.”