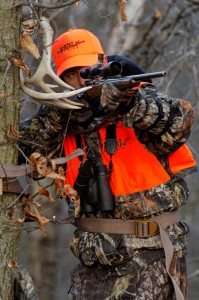 Here’s an opportunity for you public-land hunters if you’ve not shot your buck yet.

In a study awhile back, scientists at Mississippi State’s vaunted deer research program found that in early to mid-December (or into mid-January in Southern areas with a peak rut in December) you  can often have good rutting action on a typical WMA or national forest where does far outnumber bucks.

The biologists said that on uncultivated land where the buck:doe ratio is out of whack, there aren’t enough bucks to breed most of the adult does during the peak November estrus cycle. Some 28 days later the “missed” does come back into heat. But since there aren’t as many hot-to-trot does now, the estrus ones draw bucks and may even concentrate them in certain areas.

If you grind it out and are in the right place at the right time in December, you might spot a last hot doe with a buck(s) on here heels. Even better, the MSU study found that bucks 2.5 years and older do most of the second-rut breeding, so you might shoot a super racked buck for public land.