AR-15 Rifles Legal For Hunting Deer In Some Iowa Counties 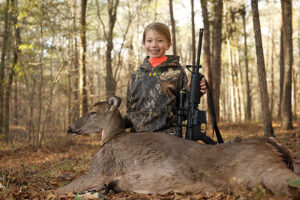 Iowa hunters can use semi-automatic weapons, including AR-15 rifles in .223, to kill does in more parts of the state during a newly created antlerless season in January, under a bill signed by Gov. Kim Reynolds.

Use of semi-auto rifles could expand to as many as 15 counties in an effort to control growing deer herds. Advocates of the late rifle season say this will help reduce car collisions, and help farmers who complain that deer are damaging crops.

It will be interesting to see what Iowa hunters think about this.