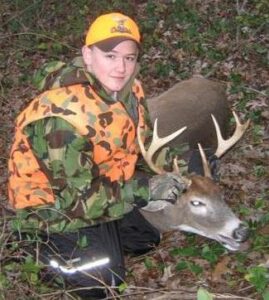 A major survey shows that most hunters in Pennsylvania liked the new and controversial Saturday-after-Thanksgiving start to the firearms deer season. For many years, the Penn. gun season started the Monday after Thanksgiving, but that was changed to the Saturday opener in 2021.

Two-thirds of the hunters surveyed preferred the Saturday opening day. Top reasons cited included more opportunity to hunt since most people are off work that day, and kids are out of school and its easier for them to go with a parent on Saturday.

27 percent of hunters surveyed by Responsive Management on behalf of the Pennsylvania Game Commission said they oppose a Saturday opener. Most of those hunters are old-school and hunt from mountain camps. Deer season always traditionally opened on Monday after Thanksgiving, and those hunters think that’s the way it ought to still be.

These and other statistics are included in the report “Pennsylvania Deer Hunters’ Attitudes Regarding Opening Day of the Season.” Read more here.