How To Read Whitetail Buck Rubs 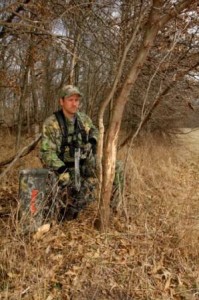 Here’s how to place value on 4 different buck rubs you’ll find in the woods this month and next, and how to determine which ones will—and won’t—help you pin down the movements of big deer.

Skinny: If you find 500 rubs, 400 will look sort of like this one. Studies show that bucks blaze ordinary-looking rubs on aromatic cedar or pine trees 70 percent of the time. They pop up from velvet-shedding time in early September on through the rut. Six- or 8-pointers or a giant 10 might make them. You just never know.

Hunt Value: Low to moderate. A lot of these rubs, sometimes in clusters, tell you multiple bucks are working your area; at least one ought to have a decent rack.

Tactic: Scout close to see if the rubs show a pattern. For example, if 70 percent of them are blazed on the sides of ridges, surmise that bucks are side-hilling most days, rather than walking on ridge tops or down in bottoms. Hang stands accordingly.

Skinny: A dry, brown thrashing of brush and branches is weeks old and was likely made by a buck as he whipped his neck and rack to rid it of velvet and polish it. Look for a second volley of thrashed and/or snapped saplings or bushes (some yanked out of the ground) from around October 20 until November 15, as bucks prowl and vent pent-up sexual energy until the first does pop into heat. 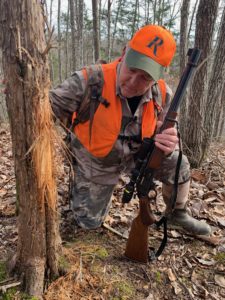 Skinny: Check out the shavings in the photo above, fresh! Look for rubs like this to start popping up in your woods two to three weeks before peak rut (from Halloween on most places). They are often sign that an old deer has come from miles away, expanding his normal range to sniff out more does. As a rule, only mature breeders blaze these.

Tactic: The more of these rubs that pop up on your land the better. Strike quick. Look for the thickest, most secluded cover in the area. You’ll probably find more fresh rubs there, because that is where Mr. Big travels a lot. Set a stand or blind where the wind is right and hunt a week solid in the late pre-rut. The bruiser won’t be on your land every day, but he’ll likely circle through three or four times. You might get him. 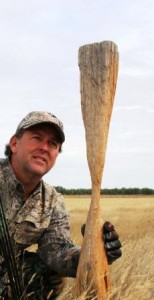 Tree: Cedar or pine tree, or fencepost 5” to 8” diameter

Skinny: The cedar post above is the coolest rub I’ve ever found and the best illustration of a signpost you’ll ever see. Mature bucks blaze them in high-activity spots where other deer can easily see them (the aromatic post is in an enormous Montana wheat field). Different bucks work the rubs year after year (the post was set back in the 1940s, and bucks have smoothed it into an hourglass ever since). Many signposts become community scent-wicks; bucks and does veer over to smell them and rub on pre-orbital/forehead scent. Note: No old deer would be caught rubbing the cedar post out in the open in daylight, so I surmise bucks have worked it at night for 70-plus years during the mid-November rut.

Tactic: I have never set a stand over a signpost per se, but I’ve hung plenty on ridges and in bottoms with the big rubs. A lot of bucks will cruise through a sign-posted area some days this fall and next and next and for decades, though their patterns will be unpredictable. Still, hunt there long enough and you’ll shoot one.