How Long Should You Wait To Get Your Buck Back From The Taxidermist? 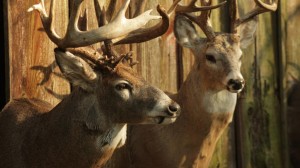 Have you gotten your 2020 shoulder mount back yet?

Recently I took a social media poll of fervent deer hunters and asked them how long on average it takes to get a buck back from their taxidermist.

There were some outliers. A few people said they got their mounts back 2 to 4 months after they killed those deer. Those were early bow kills. You sooner in the season you take your buck to the taxidermist, before he gets crazy busy, the quicker you’ll get him back.

If you kill a big buck during the rut or late gun season, and drop off the cape and antlers alongside dozens of other lucky hunters doing the same, a shop can get backed up in a hurry. This typically stretches the timeline to a year or maybe 14 months to get back the shoulder mount.

Some people in my poll grumbled that it took it took 18 months or more to get their deer back, mostly due to a taxidermist taking on too much work or slacking off.

But a couple of hunters who waited 2 to even 3 years were happy they did, because the world-class quality of those mounts was worth the wait.

As I gaze up at the whitetail mounts on my office wall, I figure I waited a year or maybe a little more on average for the deer to come back from the shop. That’s consistent with what the majority of hunters from across the country reported in my poll.

Twelve months start to finish for a super-looking mount is reasonable. If you can get your deer back in 6 months or sooner, great, so long as the quality doesn’t suffer.

It did take 2 years to get my best buck ever, a 209-inch-gross Canadian giant, back from the taxidermist. I knew that going in and was prepared for the wait. The buck was mounted by the top studio in Saskatchewan, and you have to get your animal on a waiting list for them to do it. I paid a pretty penny, but well worth it.

Advice: When you drop off your buck and plunk down a deposit, discuss timing up front with your taxidermist: 8 months, a year, longer? Then be patient if it takes a few months longer than expected, within reason. Try not to call and bug him. You want a taxidermist to do his best work.

Most of the time the wait is worth it.