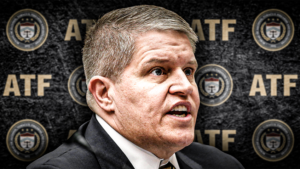 URGENT! Two of the nation’s top pro-gun groups urge all law-abiding gun owners to contact their U.S. Senators and tell them to vote NO on David Chipman’s controversial nomination to be Director of Alcohol, Tobacco and Firearms (ATF).

Chipman previously worked at the ATF for nearly 25 years, but currently serves as a policy advisor for Giffords, a gun control advocacy group o-founded by Senator Mark Kelly (D-AZ).

“David Chipman spent the last 10 years unapologetically lobbying for gun control on Capitol Hill…. He supports extreme, unconstitutional restrictions on the right to keep and bear arms, and today’s party-line vote in the U.S. Senate Judiciary Committee affirms the reality that he is unfit to lead ATF. While Chipman awaits consideration before the full U.S. Senate, NRA will continue to activate our members and the millions of law-abiding American gun owners across the country to contact their U.S. senators and urge them to vote against his confirmation.”

Alan Gottlieb, chairman of the Citizens Committee for the Right to Keep and Bear Arms (CCRKBA), said in a statement: “(Chipman’s) extremist views on gun ownership, combined with his background as a gun control advocate for the gun prohibition lobby should automatically disqualify him for the position he seeks. CCRKBA will continue to encourage our members and supporters, and millions of honest gun owners to keep contacting their Senate members and urge a ‘No’ vote on his confirmation when it goes before the full Senate.”

It’s summer and we’re all busy getting our lives back to normal, but call and email your senators click here to do it. And think about joining and supporting the NRA and the CCRBA in this fight. The Biden Administration makes no apologies about coming for our guns, we’ve got to engage and fight for our rights.