Deer Hunt Tip: Put A Camera In A Bad Spot 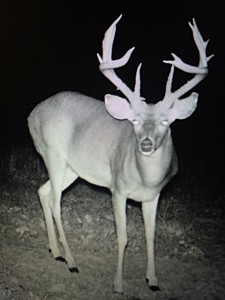 You have read tons on the top spots to put your trail cameras. This is the first time you’ve been told to set one or two cams in the worst spots in your woods.

I learned the trick from friend and TV hunter Mark Drury, who logically puts most of his cameras on the most productive fields, plots, edges and funnels on his Iowa farm. “But we also put a camera or two in places that, based on prior observation and hunting, we don’t have much confidence in,” he says. “Sometimes we find out that a giant buck has moved into one of those ‘bad’ spots, and it quickly becomes one of our best spots!”

Late October is a good time to try this. Say you had a big buck on a predictable feed-to-bed pattern in September, but he suddenly went dark. He could be holed up under your nose and not moving much. Or, maybe someone or something spooked him, and he decided to move three-quarters of a mile to hole up on a ridge or in a thicket where you have never spotted many deer in the past; maybe he’s in there now putting on his game face for the upcoming rut.

The only way to find or relocate, and then hunt, a reclusive buck like this is to hang a camera in a “poor” spot that might just become your go-to new spot.