Are Whitetail Bucks Becoming More Nocturnal Than Ever? 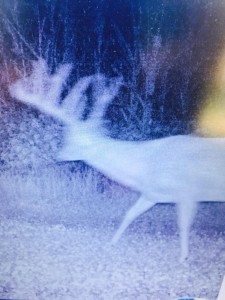 I’ve been both awed and frustrated by the nocturnal tendencies of mature bucks for years, but last season was ridiculous. Everywhere I went, from Virginia to Canada to Indiana, bucks 3 years of age and older showed up on trail camera at night but moved little and randomly in daylight hours. On all the lands I hunted, human pressure, which can turn bucks nocturnal overnight, was light to nonexistent. Was this just me, or were other hunters experiencing the same?

“We saw exactly the same thing on our north-central Pennsylvania farm,” said biologist Kip Adams with the National Deer Association. “I know of many folks in the eastern half of the U.S experienced the same thing. I firmly believe it had to do with the unseasonably warm temperatures. At least on our farm, mature bucks, and most does for that matter, were not hitting our traditional November/December food plots of corn, brassicas and winter cereal grains until after dark. We take extreme care to not pressure our best food plots, but even those were pretty empty during shooting hours last fall.”

I do not expect last fall to be a one off. With warm weather likely to dominate deer seasons to come across most of the country, I believe we’ll have to deal with bucks that are more nocturnal and night-moving than ever.