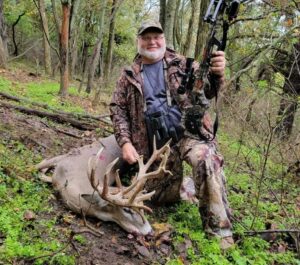 Last September we posted that in a fall like 2021 with two “rutting moons”—October 20 and the second was November 19—the pump was primed for a classic “trickle rut” in the whitetail woods.

After the 2021 bow season Big Daddy wrote to us via Messenger:  Mike, last year you predicted a good rut after the full moon in October. Here in northern Pennsylvania, you were spot on. Big Daddy shot this great buck (top picture) on October 30, 2021. 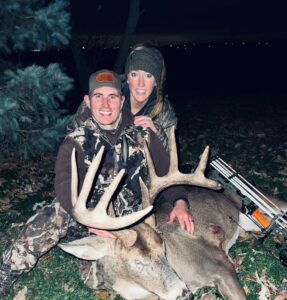 There are many skeptics, both biologists and hunters who disregard the moon and believe it has absolutely no effect on whitetail movement during the rut. Not me. For the last four decades, I haven’t missed a season where I didn’t hunt around and during a rutting full moon in late October or November. There is absolutely no doubt in my mind that during the rutting full moon and in the three days before and after it, I see increased buck movement, both on camera at night and, better, from a stand during daylight hours.

This fall of 2022, there will be only one rutting full moon, which is the case most seasons.  That rutting moon will wax full on November 8, which is about as good as it gets for the bowhunter. The bright moon will expose the late pre-rut and begin to kick does into estrus. Take off and hunt November 5-12, 2022 and I predict you will see fair to extraordinary buck movement, especially if it’s cool weather in your area.