Want to Enter a Buck in the Record Book? Be Careful Using A Cellular Trail Camera 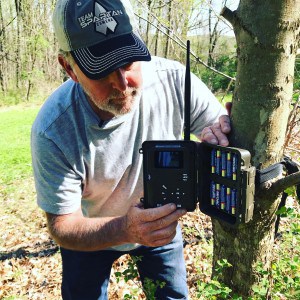 You are probably unaware of this because the Boone & Crockett Club quietly released this December 2021 update to its position statement on technology:

“The use of any technology that delivers real-time location data (including photos) to target or guide a hunter to any species or animal in a manner that elicits an immediate (real-time) response by the hunter is not permitted.”

In other words, if you use a cellular trail camera for scouting whitetails, like millions of us do these days, and happen to get lucky and kill a giant buck on the same day you got a picture of it, do not think about entering it into the B&C records. Your great buck would not be eligible.

“Real time” is the key concept. Seeing a photo and harvesting an animal a few hours later, or even the same day, uses this technology to assure a kill. It also takes advantage of the animal, which cannot detect impending danger from a camera. Waiting several days, or even until the following season, to pursue an animal captured on camera is different, and would not be deemed an unethical use of a trail camera.

If you shoot that 180-inch buck and wish to book it, you must sign an affidavit swearing you did not rely on same-day cell trail cam technology, just as you testify you have not violated other tenants of Boone & Crockett fair chase—i.e., you didn’t chase down the deer with your truck, or shoot it inside a high fence, or drug it and kill it.

It seems absurd to me that B&C would categorize using a cell cam to scout a wild buck with drugging a deer and/or killing it in a pen, but that is the new rule.

Thankfully, it won’t affect most of us because 1) 99% of us will never kill a buck that nets 170-plus typical; 2) even if we did, most of us would probably not bother with entering it into the record book; and 3) while it could conceivably happen, out in the wild whitetail woods, I can’t see a hunter walking along, getting pinged with a monster buck photo, hustling over to the plot or ridge where the camera is staked out, and killing the animal on the spot. It can take minutes or hours for cell images to transfer to a phone, and before you studied them and ran over there the buck would likely be long gone. Not to mention that in a weak cell environment, it can take days for images to transmit to your phone, if they come through at all.

I just wanted you to be aware of the new B&C rule.