What Happens If You Wound A Buck? 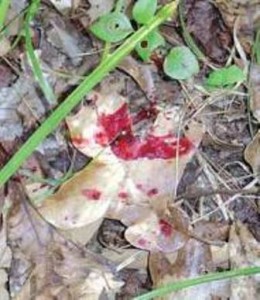 Nobody wants to blow a shot and wound a deer, but it happens. If you wing or graze a buck with an arrow or bullet, will he return and stay in his core area, or will he leave for good? I reached out to a couple of America’s top deer biologists who are also hard-core hunters for their thoughts.

“Yes, a mature buck will come back to the area where he was injured,” says Kip Adams of the Quality Deer Management Association. “Depending on where it occurred, maybe in an open food plot or field, a buck might not move there during daylight hours for a while, but he’s not leaving his home range. That’s where he feels safest, so that’s where he’s staying. A buck’s movements may be more varied by time of day, but he’ll be back at least in the vicinity of the area where he got shot.”

Is it common for a buck to return the exact spot where he was wounded? Might you kill a buck yet from the same tree stand?

“It depends,” says Adams. “If a buck had no idea you were there, he definitely might return and walk through the same spot on the same trail.”

Different story if you royally screw up—a buck sees or smells you and you shoot and clip him. “Then he will return to the general area, but probably not the exact spot where he got shot, because he’ll remember that stand.”

Tip: In this case, pull and reset your stand 60 to 100 yards away in the same plot, bottom or travel corridor, and surprise the buck from a fresh spot.

Grant Woods, widely recognized as one of the top whitetail authorities in the nation, agrees that an injured buck will come back home.

“After a wounding shot, a buck will associate the area with danger for a few days to a few weeks,” he says. “But if the reason the deer was there in the first place doesn’t change–it is still a quality food source or a major travel corridor or whatever—a buck will return to the area.”

One day just last fall Grant shot at a buck that reacted to the twang of the bow string. As the deer ducked and whirled, “I nicked him with a glancing shot in front of the shoulder. We trailed and searched for 36 total man hours. We disturbed the area a lot.”

The buck went AWOL for a month, and Grant didn’t get a single camera image of him. “Later in the season, a hunter shot the buck in the same food plot where I missed him.”

Grant figures he may have seen the deer much sooner if they hadn’t trampled the area so much after his miss. The deer came back, it just took a little longer than usual.

All this makes sense for bowhunters, but what if you flesh wound a buck with a booming rifle or muzzleloader bullet?

“Gun shots, especially one shot, scare deer far less than many hunters believe,” says Kip Adams. He says a buck clipped with a bullet will likely be back in the same area where you missed him at some point in the season. Hang tough and hope for redemption.