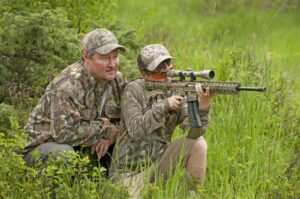 NSSF®, The Firearm Industry Trade Association, released its 2022 Congressional Report Card, grading all 430 sitting U.S. Representatives and 100 U.S. Senators on key legislation that is of critical importance to the firearm industry, Second Amendment rights of law-abiding citizens and America’s hunters and target shooters.

“This scorecard is of vital importance to voters as we head into November elections. This tells voters exactly where their lawmakers stand on issues they care about like recreational shooting and hunting and the right to keep and bear arms,” said Lawrence G. Keane, NSSF Senior Vice President and General Counsel. “This nonpartisan scorecard reflects the voting record of each legislator. These grades indicate their public voting record as well as their sponsoring and co-sponsoring key legislation, their work on committees, letters signed to support issues and leadership to support our industry.”

With the critical midterms looming, click here to see what score your legislators got on guns. Sadly, but not surprisingly, I report that in my home state of Virginia, both my U.S. Senators Time Kaine (D) and Mark Warner (D) got big fat Fs, as did Representative Jennifer Wexton (D-VA-10).

NSSF Disclaimer: Grades are meant to analyze the level of support of each lawmaker during the 117th Congress and do not constitute an endorsement or opposition to a candidate’s election.

BIG DEER/Hanback Non-Disclaimer: Any Representative or Senator on that list that receives less than an A on the rights of law-abiding American citizens to own firearms is fair game for getting voted out of office.