Amid Pandemic, 3 Million More Hunters Take To The Woods 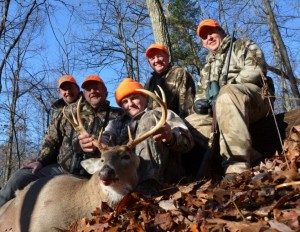 Several times over the last 9 months I blogged that I thought COVID-19 would lead to an increased number of hunters, including new hunters and reactivated ones (people who used to hunt but gave it up for various reasons). I figured that most of these newbies would be deer hunters.

The whitetail is America’s number 1 game animal, and the thought of hunting, killing and eating venison would appeal to many during the pandemic.

Turns out I was right and then some. Some statistics:

Michigan: More than 545,000 hunters bought hunting licenses through Nov. 11, nearly 10 percent more than at the same point in 2019, according to the state DNR.

More hunters out West too:

California: Even in this locked-down state, license sales were up 10%.

State game departments across the country won’t release final figures for a month or 2, but there is a trend here. On average, hunting license sales are up close to 10% in most states. When all the data is tallied, there may have been 3 million more people hunting (most of them going after deer) in 2020 than in recent years.

The big question is whether these new and reactivated hunters will stick with it this fall and into the future. I predict some fall off, but I believe a good percentage of the new hunters will keep on doing it. They are more knowledgeable about hunting, have better skills, have the basic gear they need and enjoy time outside in the woods. Best of all, they love bringing home their own food, especially fresh venison.